If you’re a gardener, then you know that there are few things as satisfying as growing your own food.

And if you’re looking for a relatively easy crop to grow, then potatoes might be just the thing for you.

Potatoes are fairly easy to grow, and they can be used in a variety of dishes. In this blog post, we’ll discuss everything you need to know about growing potatoes.

We’ll cover everything from choosing the best soils for growing potatoes to common problems you may encounter.

So if you’re interested in starting your own potato garden, then keep reading!

What Is A Potato Plant?

A potato plant is a herbaceous annual plant in the nightshade family, Solanaceae. It is grown for its starchy tuberous roots which are cooked and eaten as a vegetable. The potato sits in fourth place as one of the world’s largest food crops, following behind maize, wheat, and rice respectfully.

The potato was first domesticated in the region of modern-day Peru and Bolivia between 10,000 and 7,000 BC.

Potato plants are herbaceous perennials that yield one large starchy tuber per year, off of which grow 10–20 new smaller tubers called “sideshoots”, or “daughter tubers”.

What Makes A Good Potato Soil

Well, the first thing you need to decide is if you want to grow potatoes in mounds or hills.

Both methods work well in most soils, but I think hilling gives better results because the soil doesn’t wash away as easily from the mound and the tubers are less likely to rot.

Ultimately though, the best soil to grow potatoes outside is a light, sandy soil that has plenty of organic matter. The soil should also have a pH of around 6.0-6.8. If your soil doesn’t meet these requirements, you can amend it with organic matter or compost to make it more potato-friendly.

If you’re growing potatoes in containers or bags, you’ll want a potting mix that is specifically designed for vegetables. Make sure the potting mix has plenty of organic matter and good drainage.

The answer to this question depends on the mix of ingredients in the potting soil, as well as the type of potato you’re trying to grow. Some mixes may be better suited for growing certain types of potatoes than others. Generally speaking, though, potting soil mixes that are purposely made for growing vegetables are generally good for growing potatoes indoors.

One reason why potting soil mixes are good for growing potatoes is that they typically contain a mix of organic matter and minerals, which can help provide nutrients to the plants.

Additionally, potting soil mixes specifically designed for vegetables often have a higher level of drainage than regular garden soils, which can be beneficial for potatoes since they require a lot of water. Another advantage of potting soil mixes is that they’re typically lighter and less dense.

There are a few common problems that can occur when growing potato plants. One is called “dying off,” which happens when the potato plant’s leaves and stems turn brown and die. This can be caused by a number of factors, including lack of water, too much sun or heat, or frost damage.

Another common problem is called “blight,” which is caused by a fungal infection. Blight can cause the leaves and stem of the plant to turn black and die. It can also cause the potatoes themselves to rot.

Both of these problems can be prevented by keeping your potato plants healthy and watered, and by protecting them from extreme weather conditions.

If your potato plants have blight, it’s important to treat them as soon as possible. Blight is a fungal disease that can spread quickly and kill your plants if left untreated.

There are a few different ways to treat Potato Blight:

Making Your Own Soil Mix For Potatoes

There’s no one-size-fits-all answer to this question, as the best soil mix for potatoes will vary depending on your climate and growing conditions. However, there are a few basic guidelines you can follow to ensure that your potato plants thrive.

One of the most important things to remember when growing potatoes is that they like a lot of nitrogen. This means that you should use a high-nitrogen fertilizer when preparing your soil mix. You can also add some organic matter, such as compost or manure, to boost the nitrogen levels even further.

Potatoes also need a well-drained soil in order to flourish. If your soil is too dense or clay-like, they may struggle to grow. the mix should be free of any stones or other debris that could damage the roots as they grow. Finally, it’s important to make sure the mix is well-aerated so that the roots can breathe properly.

Benefits Of Growing Your Own Potatoes?

Potatoes are also a very nutritious vegetable. They’re high in fiber, potassium, and vitamin C, and they contain antioxidants that can help protect against cancer and other diseases. Plus, growing your own potatoes is a great way to save money on groceries.

So if you’re looking for a fun, healthy, and economical way to grow your own vegetables, potatoes are a good place to start. 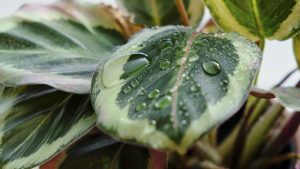 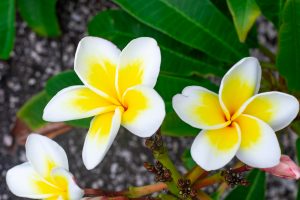 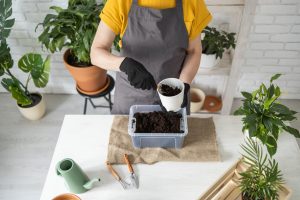 Gardeners know that ferns are

Gardening is a rewarding and

Welcome to the world of

Stay up to date with our latest news, receive exclusive deals, and more.